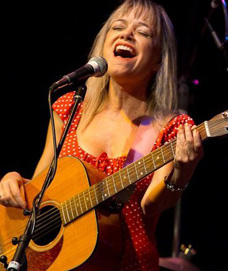 Dr. MICHELLE MILLIS CHAPPEL is an internationally-acclaimed singer songwriter, business consultant, keynote speaker, coach, and author. She has a Ph.D. in psychology from Princeton and was voted “Most Inspirational Professor” at the University of California, Santa Cruz, where she taught cognition and creativity.

Despite being called “crazy” by a few colleagues, she ditched academics to follow her dream to be a rock star. Since then she’s won 17 Billboard International Songwriting awards. Her tunes have topped European, South African, and U.S. college radio charts, and appeared on ABC, HBO, Encore, and Showtime. 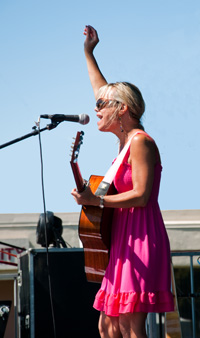 For over 20 years, Michelle has combined psychology and music in her keynote talks, workshops, and coaching programs to help thousands of people, ages 8 to 84, discover their unique gifts and use these superpowers to excel in work, school, and life.

Michelle also rose in the ranks of the corporate world from user researcher to VP of Consumer Insights.

Born in a small rural village in France, the young Michelle Chappel was raised in Atlanta, Georgia, where she suffered under the unseen shadow of child abuse. Through sheer determination, she was able to escape to schools in other states by winning scholarships, and eventually got a Ph.D. in cognitive psychology from Princeton.

As a professor, she quickly gained a dedicated following of students who were inspired by her playfully rebellious teaching style. But deep inside she began to hear her long forgotten melodies calling her on a quest to heal her broken child spirit and recover the crushed blossom of her musical brilliance.

Her songs, workshops, and music videos are a testament to the journey we all must take to shine as our true selves.

“Folk music has always been a beacon of hope for the troubled, with poets like Bob Dylan and Leonard Cohen echoing the tribulations of a wretched generation. Michelle Chappel continues the mission to speak for the people and send out a message of hope to an economically derailed society.”  —Aitor Zabalegui, The Santa Clara

“Michelle’s music heals. I haven’t seen anything like Michelle since I interviewed Shakti Gawaiin (author of Creative Visualization), and John Gray (author of Men are from Mars, Women are from Venus) before he made it big. She’s a star.”  —Emmy Moore Minister, host of the TV show Voice of the Valley