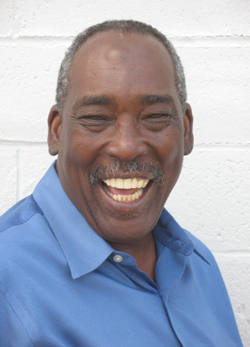 ANDY ANDERSON is a native Texan, born into a musical family where everyone sings and plays an instrument.

He started out his professional career at a very young age singing and playing piano in his grandfather’s church.

Andy later sang and played piano in many churches and conventions across the greater Texas southwest.

Migrating to California, Andy later co-founded the band Solaris and toured extensively across Canada and the United States, releasing an album and 2 singles that made the top 80 in Billboard.

As a Licensed Minister through Religious Science International, songwriter, and producer, Andy is again traveling and sharing his gifts.

The release of his latest CD solo “Everywhere I Go” is already touching many lives and invites the listener to explore and access deep levels of truth and hope within themselves.

“…Andy is singing the profound Truth of Life. What a blessing!”