Grounded by the flu, I found myself binge-watching The Great British Baking Show on PBS. At first, it was just a pleasant background noise to keep me awake part of my day on the sofa. As I began to feel a bit better, the baking became interesting (and looked good to eat), then I realized why I was enjoying the program: everyone was just so darn nice. 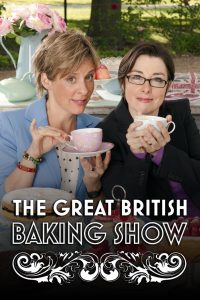 It came to me in one episode where one baker came to the rescue of another. Some kind of baking crisis had come up and the advice given really made a difference. One of them remarked: “Well, it’s not really like we’re in competition.” When, of course, in the context of the show, they were in competition.

The show’s like that a lot. Even the judges of the bake-off aren’t quite like American judges. You get the feeling they have some trouble sending home the amateur bakers that don’t do so well. You have a sense that they’d like everyone to win. They share baking tips and throughout the process of the show, all the bakers learn new techniques and get better at their craft. Even the people sent home are called “master bakers.”

And the bakers become fearless. Each week one of the segments is a technical challenge. They’re forced to bake something they’ve never seen or tasted from a recipe that’s often not even complete.

It may sound silly. It may just be part of the fever that went with the flu. Nonetheless, I’ve decided that I want to start living my life like one of the contestants on the show:

Now that I’m feeling better, I’m also going to try making some of those savory buns from season one!